Dele Alli may have held showdown talks with Jose Mourinho after seeing Tottenham linked with a shock move for Christian Eriksen this month.

That is the view of former Spurs defender Alan Hutton who, speaking exclusively to Football Insider, has urged the Lilywhites to let the 24-year-old leave on loan before the end of the window after struggling for game time under the Portuguese boss.

Journalist Fabrizio Romano, speaking to Sky Sports, stated that Tottenham are likely to try and strike a deal to re-sign Eriksen on loan from Inter Milan this month, although fees and wages could prove a hurdle for the north Londoners. 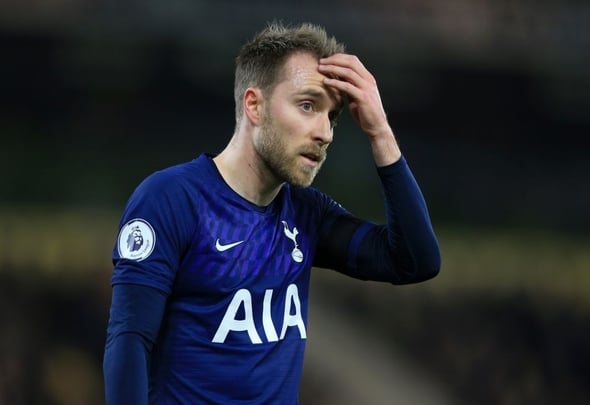 The Italian transfer guru also stated PSG are pushing to take Alli on loan until the end of the season and that the England international is keen to get out and play.

Hutton believes the out-of-favour Spurs star will have been straight into his manager’s office demanding to leave after hearing about the club’s interest in Eriksen.

Hutton told Football Insider: “I’m a player and I’m seeing those links, the next morning I’m in at the manager: ‘You’ve been linked with Eriksen so, can I leave?’

“For the player’s sake, let him go and play. He’s got years left on his contract, it’s only going to help Tottenham if you think about it. If he goes away there and does well, his value goes up, they might buy him, he could come back and be the player that you always thought he was, he could get back in the team.

“You’re only doing good for him, allowing him to go and play football. I don’t see why you’re keeping him at Tottenham to keep him in the stands, that makes no sense.”

Alli has played just 12 times across all competitions this season, with only one Premier League start under his belt.

Meanwhile, Eriksen, who left Spurs for Italy last January, has started six times in 14 games for Inter Milan this term.

In other news, a blockbuster Tottenham transfer is hanging in the balance amid manager quit fears.