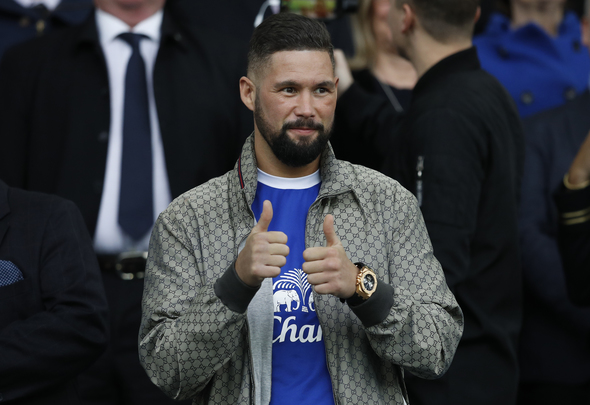 Professional boxer Tony Bellew is delighted with the way that Everton have began their summer transfer business following the double signing of Jordan Pickford and Davy Klaassen on Thursday.

The Toffees confirmed that they could spend up to £30million for goalkeeper Pickford, making him to club’s record signing while Klaassen cost them £23.6million in his move from Ajax.

That takes Everton’s spending over £50million before the transfer window officially opens on July 1.

Bellew, 34, makes no secret of his support for the Blues, and thinks that Thursday’s business is exactly what the club should be doing.

“Everton showing how to get business done quickly and efficiently. Great for us the fans to see this kind of spending,” he said on his personal Twitter account on Thursday night.

Everton showing how to get business done quickly and efficiently! Great for us the fans to see this kind of spending! #COYB 💙😊💙 pic.twitter.com/jZ83HYQnOE

Bellew became WBC cruiserweight champions in 2016 when he beat Ilunga Makabu by knock-out at Goodison Park, which will now be the new home of Pickford and Klaassen.

Pickford, 23, was in hot form for Sunderland last season despite their relegation from the Premier League and is hotly tipped to become one of the best goalkeepers in England.

Klaassen, 24, comes to Merseyside having spent his entire career with Dutch giants Ajax.

The attacking midfielder was also in top shape last season, as he helped the Amsterdam-based outfit to the Europa League final where they lost to Manchester United.

He made 50 appearances across all competitions in 2016/17, scoring a stunning 20 goals and supplying 12 assists from the centre of midfield while wearing the captain’s armband.

In other Everton news, Alan Stubbs has said where this Blues attacker will end up this summer.