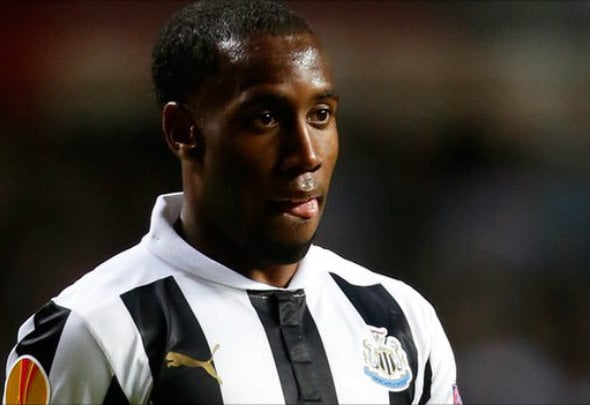 Rafa Benitez could look to offload five members of his Newcastle squad as he looks to form a side capable of surviving in the Premier League, according to a report.

The Chronicle claim first teamers Vurnon Anita and Yoann Gouffran are both on that list, with just six months remaining on their contracts at St. James’ Park.

Despite playing crucial parts in Newcastle’s promotion chase which currently sees them top of the Championship, it is believed Anita and Gouffran will leave on a free in the summer.

Attacking stars Ameobi and Vuckic have both spent the first half of the season on loan at League One sides Bolton and Bradford, and are currently a long way off Benitez’s first team.

Despite returning to offer cover to the Spaniard, former Real Madrid boss Benitez could look to wield the axe on both Ameobi and Vuckic, while Good is expected to fall victim to the same treatment.

The one-time Australia international made his first Newcastle appearance since joining the Toon back in 2012 from his home country against Oxford in the FA Cup, but is another name that Benitez will be keen to see wiped off the Toon wage bill.

With 11 players currently out on loan, Benitez is desperate to axe the dead wood in his squad as he looks to trim the wage bill to give him as much flexibility in the summer transfer window as possible. Benitez will be looking to develop a squad that is capable of consolidating in the Premier League, and is likely to invest. Axing the likes of Good, Vuckic and Ameobi will not affect the wage bill massively, but selling Anita, Gouffran and other first teamers out on loan such as Florian Thauvin and Henri Saivet could prove beneficial to Benitez’s successes as Toon manager next season.

In other Newcastle transfer news, this midfield enforcer is close to completing a deal.