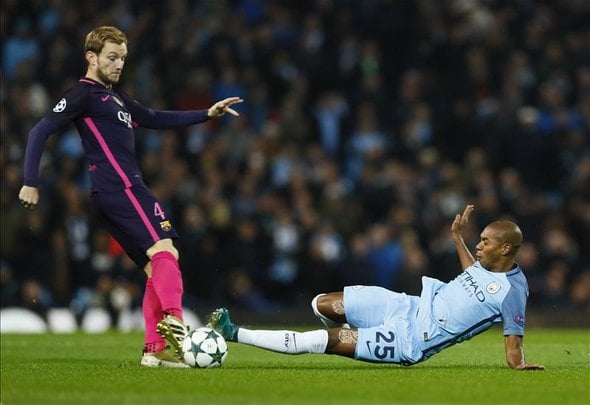 Barcelona regulars Ivan Rakitic and Jordi Alba should recalled to the starting XI against Celtic.

The pair were both used as second-half substitutes in the disappointing 0-0 draw against Malaga on Saturday, which means they are now four points behind leaders Real Madrid.

Rakitic was given some rest following the international break and Alba was being eased back after his return from injury, but both key players must start in the crucial Champions League away match at Celtic ahead of Denis Suarez and Lucas Digne.

Luis Suarez should replace Paco Alcacer after missing the Malaga game through suspension and Lionel Messi should come in for Arda Turan if he can overcome his illness.

Midfielder Andre Gomes, who cost £41.7million in the summer, should also come in to replace Rafinha with manager Luis Enrique making five changes to his team.

Barcelona completed a comprehensive 7-0 victory in the home match against Celtic this season, but could face a more defensive test in the away fixture.

Marc-Andre ter Stegen should maintain his place in goal, with Javier Mascherano, Gerard Pique and Sergi Roberto also keeping their place in defence.

Alba, 27, is regarded as the first-choice left-back and should be restored to the side in place of his understudy Digne.

The Spaniard offers phenomenal pace down the wing and is a crucial part of the side’s attack by pushing on and linking up with Neymar.

Croatian international Rakitic should be named alongside Sergio Busquets and Gomes in a midfield trio, with veteran Andres Iniesta still sidelined through injury.

Rakitic, 28, has been a phenomenal player at the Camp Nou since his arrival in 2014 from Sevilla and made 124 appearances for them.

The iconic trio of Messi, Neymar and Suarez should lead the line for Barcelona and prove unstoppable against the Celtic defence.

In other Barcelona news, Liverpool are eyeing up the club’s ace as a replacement for Philippe Coutinho.