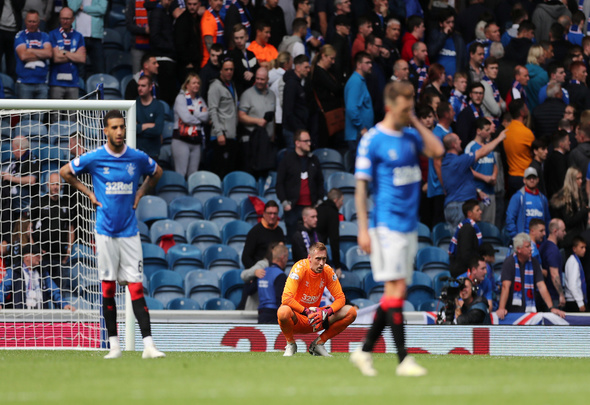 Nikola Katic is facing the axe for Rangers’ Europa League clash against Feyenoord after taking a verbal lashing from Connor Goldson in the win against Livingston, Football Insider understands.

Katic has fought off competition from summer centre-back signings Filip Helander and George Edmundson to re-establish himself as a first choice in Steven Gerrard’s side.

Ibrox sources have told Football Insider that Gerrard is set to rejig his team for Thursday’s European shown and Katic is one whose place is under threat.

The 22-year-old had a poor match in Saturday’s 3-1 win over Livingston as the Light Blues papered over the cracks with a second-half flurry of goals.

Goldson was frequently admonishing his centre-back colleague for positional and decision-making errors, in a clear sign their partnership is malfunctioning.

Gerrard has plenty of alternative options to the regular duo, with Helander a six-times Sweden international signed for £3.5million and Edmundson a defender good enough to be named in the English League Two team of the year for his Oldham Athletic performances last season.

Goldson has been a near-permanent fixture in defence since his arrival in the summer of 2018 and has already made 13 appearances in this campaign.

Katic has also started 10 matches, while Edmundson and Helander have had three and two starts respectively for their new club.

In other Rangers news, it can be REVEALED that the club have set their sights on landing a ‘top operator’ and have set aside a major cash pot to seal deal.