The signing of Ianis Hagi is set to cost Rangers around £6million in transfer fee and wages.

The Glasgow giants announced yesterday they have completed the permanent signing of the attacking midfielder, 21, from Belgian club Genk.

Ibrox sources have told Football Insider that the deal will cost an initial £3m fee that could increase if certain add-ons are met.

📝 #RangersFC can confirm that @IanisHagi10 has agreed to join the club on a permanent, long term deal.

In addition, the Light Blues have tied Hagi to a three-year contract worth another £3m.

It is a massive outlay by Rangers’ standards although the club have let it be known that the transfer fee will be split across three years.

Director of football Ross Wilson made clear in a club statement yesterday that the final price is less than the “exclusive” option in January’s loan-to-buy deal.

“I thank KRC Genk for their openness, flexibility and creativity in all of our discussions,” Wilson said.

“We secured an exclusive option in January and in recent weeks we have worked with Genk to find a new solution that works for everyone now, given how much the world has changed in the last few months.”

Hagi has become the second player in nine months to join permanently for a major price after impressing on loan.

Ryan Kent signed from Liverpool last September for the club’s second highest-ever fee after his initial spell ended with the Scottish young player of the year award. 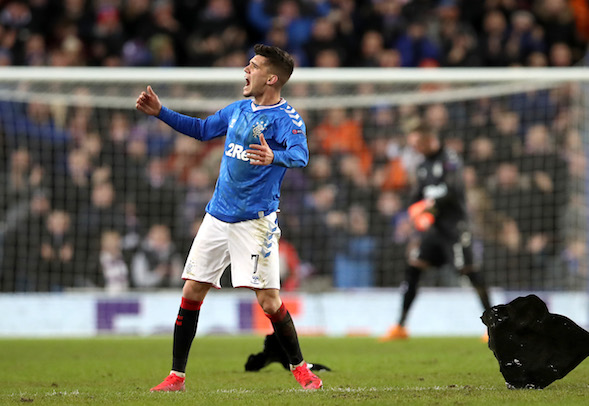 The son of all-time great Gheorghe Hagi has already had some magic moments for the Gers and showed he can be the answer to their right-flank problem.

The 10-times Romania international has made 12 appearances for Rangers, scoring three goals and supplying two assists.