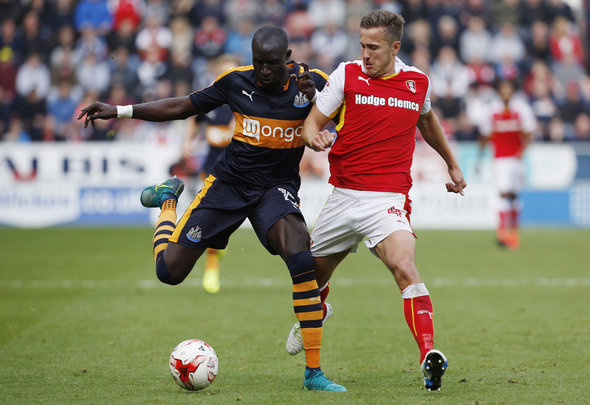 Long-term Rangers target Rotherham’s Will Vaulks is still on the list of names Graeme Murty is trying to capture before the end of the January transfer window, according to a report.
The Daily Mail state the Gers, who have been admiring the midfielder since 2015, were set to pounce on the midfielder but have suffered a setback in their plans.
It had been reported that the Light Blues were plotting a £500,000 swoop on the Rotherham player.
However, Millers manager Paul Warne has told the Light Blues to forget about making insubstantial offers and warned they would not let their star man go for an even considerably higher amount.
“There’s no way I would sell Will in this window for £500,000,” the boss said in The Star.
“In fact, I wouldn’t sell him for £2 million. He would have to man up and wait until the summer.
“I can categorically say that him leaving in January is not happening.”
Back in May last year the player himself dismissed suggestions of a move back up to Scotland as he felt he had “unfinished business” to attend to with the South Yorkshire outfit.
Championship side Cardiff City were also believed to be in the hunt for the English defensive midfielder.
Vaulks has been instrumental to the Millers push for promotion this season and is considered one of their key players after signing for the League One side from Falkirk in July 2016.
Football Insider verdict:
Rotherham are pushing for a return to the Championship which means that Warne’s latest statement, that he would not sell Vaulks for £2m, should end all talk of a move to Rangers. Cardiff have also been mentioned as a possible destination for the midfielder but even so it looks as though he is staying put. With figures of £500,000 being flashed around for the 24-year-old’s signature, if Murty is determined to get the player, he will have to put a package together which is considerably greater than the current figures being mentioned.
In other Rangers transfer news, the Gers join Celtic in battle for top-flight enforcer.
We’ve launched a << BREAKING NEWS FEED>> exclusively for your club. ‘Like Us’ on Facebook by clicking here if you want 24/7 updates on all Rangers breaking news.