Birmingham City have made a sensational move to appoint Rangers boss Steven Gerrard as their new manager, Football Insider can reveal.

The Championship outfit are in the market for a new manager after announcing the departure of Pep Clotet earlier this month.

A Birmingham source has told Football Insider that the club have approached Gerrard to assess his interest in talking over this summer.

He is expected to turn it down and remain at Ibrox as he looks to win his first SPL title next season and end Celtic’s dominance.

Clotet has confirmed he will leave the Blues at the end of the current campaign.

He will first oversee the club’s remaining eight games and then leave the Midlands club.

The likes of Lee Bowyer, Nigel Clough and Chris Hughton are among the managers said to be in the running.

Gerrard is due to oversee his third season at Rangers after being appointed in May 2018.

He has yet to win a trophy in Glasgow but has earned praise for overseeing two impressive European campaigns as well as narrowing the gap on a dominant Celtic side who have won nine consecutive titles.

Gerrard signed a new five-year contract last December that ties him to Rangers until the summer of 2024.

Birmingham, who returned to action with a 0-0 draw against local rivals West Brom last weekend, are 16th in the Championship table.

They are seven points clear of the relegation zone and Clotet’s side are next in action with a crucial home match against Hull City.

Football Insider first revealed on 1 May that Birmingham were planning to sack the 43-year-old. 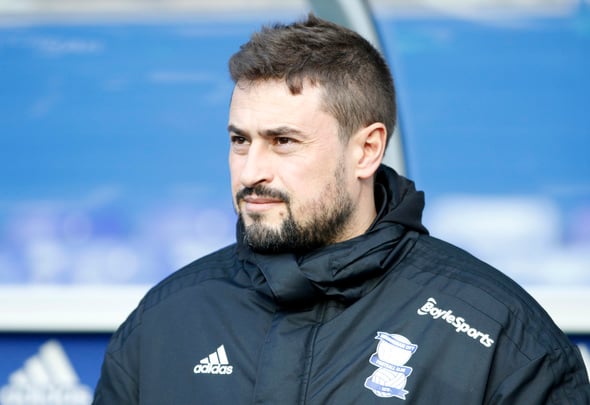 Clotet joined Birmingham as assistant manager to Garry Monk in March 2018 and was then appointed caretaker head coach when Monk was sacked last June.

The Spaniard was appointed to the role permanently last December after demonstrating “coaching expertise, man-management and leadership skills, allied to exemplary professional conduct”.