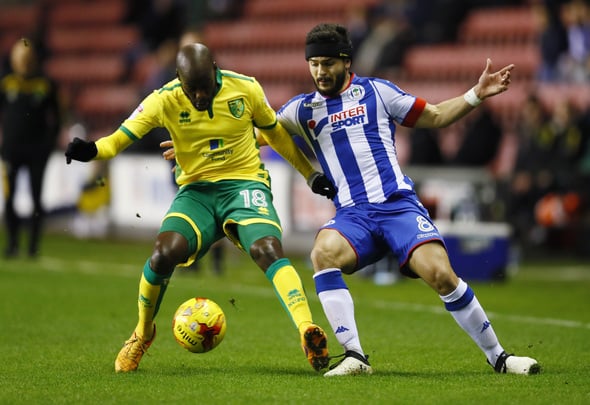 Rangers fans have taken to Twitter to demand that the club snaps up Kilmarnock midfielder Youssouf Mulumbu in the summer transfer window.

Mulumbu, 31, was signed up on a free transfer by his former West Brom manager Steve Clarke earlier this season and the former DR Congo international may be on the move again in a few months when his deal at Rugby Park expires.

The box-to-box midfielder has been in stunning form since arriving in the Scottish Premiership, helping Killie march up to fifth in the standings.

Clarke’s side have only lost one league game with Mulumbu on the pitch and the midfielder has been earning all the plaudits with his fantastic performances against the two Old Firm giants.

He ran amok against Rangers on Saturday as Kilmarnock won 1-0 at Ibrox, but he also scored the winning goal against Celtic in early February and ran rings around their captain Scott Brown.

Now, Gers fans are urging the club to go out and sign the Old Firm’s scourge this summer.

Mulumbu absolutely bossed it again yesterday , had the freedom of ibrox , get him signed up in the summer Rangers !!

The hubristic thing to do, of course, is to immediately tap up Steve Clarke and stick in a lowball offer for Mulumbu.

BTW, How good was Mulumbu ? Read everything like a book. Looking forward to him signing a 3 year deal for us in the summer and getting the inevitable serious cruciate knee injury in a 2-1 defeat to a team from Azerbaijan in the 1st round of the qualifiers.

You telling me Lego muncher could have played in the EPL for 7 year and be one of West Broms key players? Seen both of them against us and Mulumbu has been best centre mid weve played against, better than that Ntcham donkey tae

Mulumbu has made 13 appearances in all competitions since signing for Kilmarnock, scoring one goal and supplying three assists in the progress.

He made his breakthrough in Europe with Paris Saint-Germain before being signed by West Brom, where he spent six years establishing them in the Premier League up until the point he was signed by Norwich.

In other Rangers news, fans annihilated this player for his performance against Kilmarnock on Saturday.