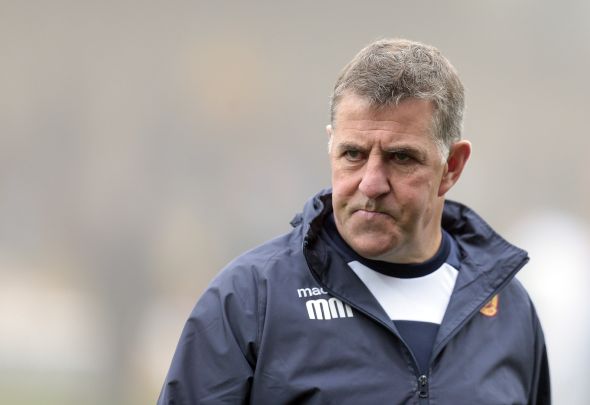 Rangers fans have reacted on Twitter after Motherwell announced the sacking of manager Mark McGhee following a poor run of results.

McGhee, 59, lost his job after conceding a huge 17 goals in his last four matches as Motherwell manager, including a 7-2 loss to Aberdeen and a 5-1 defeat at home to Dundee.

Motherwell confirmed the news on their official website on Tuesday morning.

The Scottish manager, who has also been in charge of Leicester City, Brighton and Aberdeen during his career, will remain as Scotland’s assistant manager.

Rangers are currently on the lookout for a new manager following Mark Warburton’s controversial departure from Ibrox, leaving Graeme Murty to pick up the pieces as interim boss.

The Gers fans have considered the possibility of bringing McGhee to Ibrox, despite his recent run of form in the dugout at Motherwell.

McGhee and Barry Ferguson combo in the dugout tomorrow at ibrox. 😱

mcghee at Ibrox before Wednesday 👍

Since former Brentford boss Warburton left Ibrox, the Gers have won just one game in the Scottish Cup against Morton, suffering losses to Dundee and Inverness.

In other Rangers news, Warburton has been eyed as the perfect man for this Premier League job.