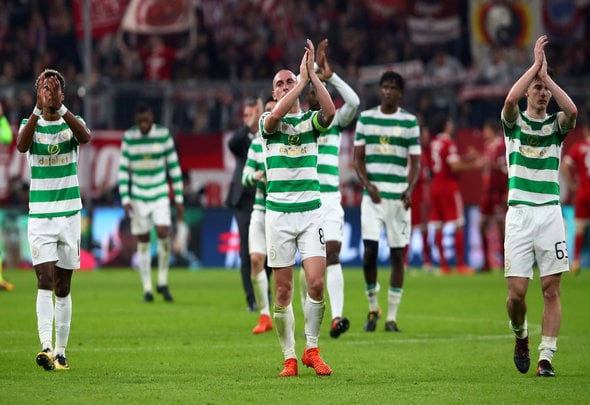 Rangers fans have taken to Twitter to poke fun at Celtic after they suffered a 3-0 loss at Bayern Munich on Wednesday night.

The Hoops’ chances of qualifying for the knock-out rounds of the Champions League took a major blow as Thomas Muller, Joshua Kimmich and Mats Hummels found the net to give the German giants a comfortable win at the Allianz Arena.

Brendan Rodgers’ men are now three points shy of the top two spots in Group B, but still look good to qualify for the Europa League knock-out rounds after Christmas following their win against Anderlecht earlier in the competition.

Rangers fans were quick to take to social media after the game to pile further misery on the Celtic supporters who had just had a rare glimpse of their side being taken to school by one of the powerhouses of European football.

Celtic now know how a Hamilton or a Killie feel when they go to Parkhead. https://t.co/CH3RS8NvRv

Broony has found his level against Dundee at home. Easy to swan about like Beckenbauer when others attack. At this level?
Mouse in a maze.

Through all the bad years at Ibrox there is one thing you can rely on for a good laugh every season: Celtic in Europe 😂

Celtic and Rangers will both play in the League Cup semi-finals at Hampden Park this weekend in what will be a bit of a break from the Premiership.

The Hoops face Neil Lennon’s Hibernian on Saturday before Pedro Caixinha’s side take on Motherwell on Sunday as they look to set up an Old Firm derby in the final in several weeks’ time.

In other Rangers news, Jak Alnwick has previewed the clash with Motherwell.