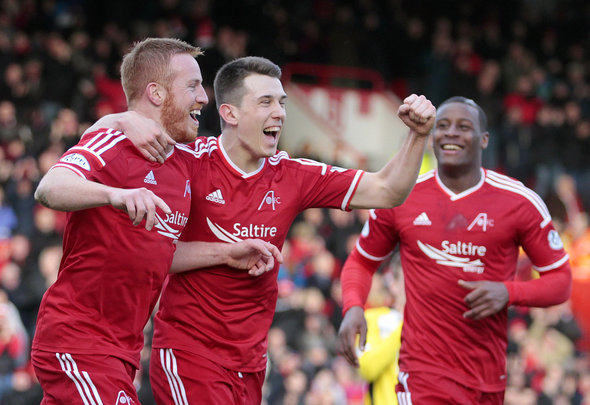 Rangers fans have taken to Twitter to speculate that one of the club’s new signings could be Aberdeen midfielder Ryan Jack after manager Pedro Caixinha’s comments in his Monday press conference.

The Portuguese boss revealed revealed that he was close to making his first signings as the club’s manager following his appointment in March.

The 46-year-old also disclosed that the Ibrox giants now what they’re looking for and that things were going in the direction that the club wanted.

“We are about to get one deal, or more than one deal, done in those positions, so we know what we want,” Caixinha said, as quoted by the BBC Sport website.

“We know exactly what we are looking for and things are going in the direction we want.”

This has naturally caused mass speculation among the Rangers fan base on social media as to who the new signing could be and one of the more frequent named is the Dons captain Jack, who is out of contract this summer.

The 25-year-old midfielder has also previously been linked with a move to Ibrox and the Scottish Sun claimed in April that Caixinha was keen on the former Scotland Under-21 international.

Now, with rumours resurfacing that Jack will be joining the club fans have generally reacted positively to the news on social media.

Gets tore in. Good captain. Pretty much what our midfield is screaming for

He'd b a tremendous signing

Surely a worthy signing and lower risk in that he has proven himself in our league. Nae afraid to put his foot in and we need that

Jack has played in 37 matches in all competitions for the second placed Aberdeen this season and he would certainly be a key signing for a lot of Premiership clubs, especially on a free.

In other Rangers transfer news, Caixinha has responded to speculation that the Gers are interested in this midfielder.