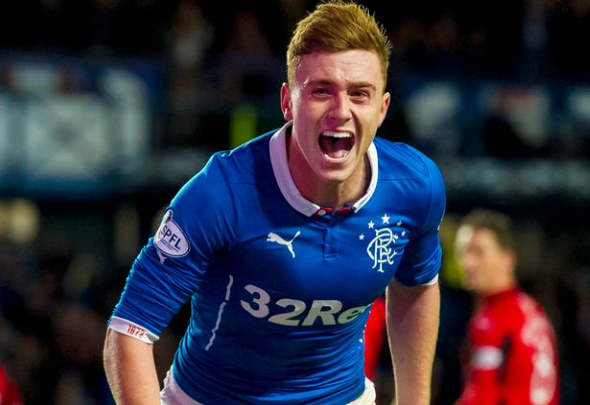 Rangers fans haven’t had their troubles to seek over the last six years following the Gers’ lurch from administration to liquidation before being forced to join the Scottish Third Division after forming a newco to run the club.

Since the Gers’ financial meltdown, long gone are the days players of the quality of Brian Laudrup, Ronald de Boer and Davie Cooper and in their place hungry youngsters trying to make a name for themselves or veterans well past their best.

Gers fans have somehow managed to retain their sense of humour over the near-farce their club have been over the last six years and counting – known to fans as the ‘Banter Years’ – as they try to get back to the top of Scottish football and lift a 55th league title.

After losing tens of millions of pounds worth of talent for nothing in 2012 and being thrown into the Third Division, the Gers had to build a makeshift squad – supplemented by youths from the club’s Academy – as they made their way back up through the leagues.

The Ibrox giants are getting closer to being back at the top of Scottish football under Graeme Murty’s leadership, but three of his senior players are not the best of the ‘Banter Years’ as they continue.