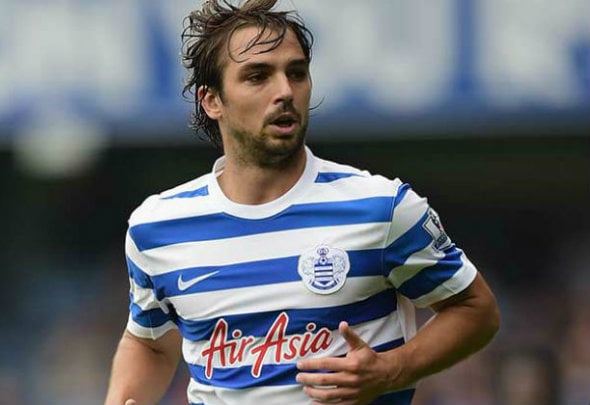 Rangers have been given  a boost in their pursuit of former Tottenham winger Nico Kranjcar.

The 31-year-old’s father has revealed the midfielder is still in negotiations with Rangers over a move to Ibrox despite reports his actress girlfriend Zrinka Cvitesic does not wish to move to Scotland.

The former Spurs star held talks with boss Mark Warburton when he flew to the USA last month and is currently in Zagreb doing his coaching badges with the Croatian FA.

However, his father Zlatko, who managed Croatia. Montenegro, Dinamo Zagreb and a host of Middle East teams, reckons his son wants to come back and play in Europe.

“Niko is doing his UEFA coaching badges, but his playing ambition is not dead, on the contrary actually,” he said, as quoted by the Glasgow Evening Times.

“His contract with New York is about to run out and he’s injured right now anyway. But he will be back and will play on.

“He could continue with Cosmos, who want to keep him or go to Rangers, who he is still talking to.

“He wants to return to Europe and I think that would be good for him because he can play at a top level for at least another two years.”

Kranjcar moved to the States from Dynamo Kiev in March, but his contract expired on 28 May, which put the Scottish club on alert to sign him on a free transfer shortly beforehand.

However, reports in Croatia, as cited by the Daily Record, claim that the midfielder’s girlfriend, who is pursuing a career in Broadway, does not wish to make this move.

The Croatian International has a vast amount of experience having played over 100 Premier League games for Tottenham, Portsmouth and QPR and earned 81 international caps.

The free agent would bring creativity and goals to the Rangers midfield as they make a return to the top flight of Scottish Football.