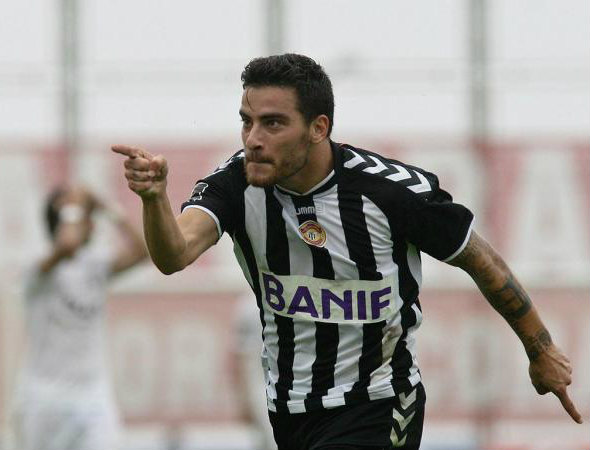 Rangers are interested in signing Benfica attacker Salvador Agra, according to a report.

Portugese outlet O Jogo claim that there is a “possibility” the 25-year-old could be sent out on loan, despite only completing a move to Benfica earlier this week.

It is understood that the winger signed for the Portuguese giants from top flight rivals Nacional, but they are prepared to send him out on loan next season.

Agra is a versatile winger that can play on either flanks and he scored three goals plus five assists in 31 appearances last season.

The wide man really showed his class in the 2015/16 campaign when he was in sensational form for Nacional in the Portuguese top flight.

He made 41 appearances across all competitions in that season, scoring 13 goals and supplying 14 assists in return.

Rangers manger Pedro Caixinha has already started his summer overhaul and is intent on bringing in top quality players. Bruno Alves and Ryan Jack have already completed deals to Ibrox, while further signings should see them hugely improve next year. Benfica winger Agra has just had an average season in the Portuguese top flight, but has shown in the past his potential. He could help bolster the squad and Rangers could have two potentially threatening wide men in Agra and Barrie McKay. The Caixinha-Portugal connection has already come in handy and this could be another shinning example of that.

In other Rangers news, Caixinha has delivered his verdict on new midfield signing Jack.