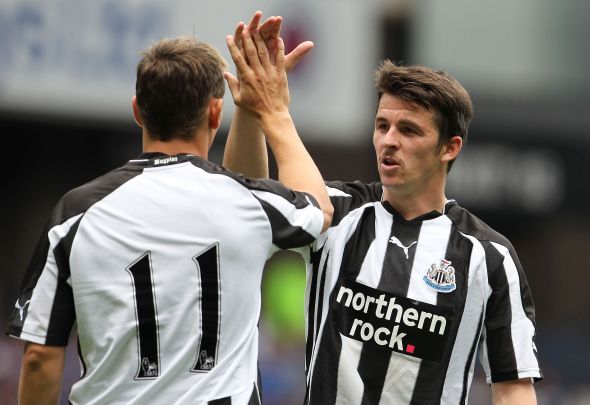 Former Rangers striker Peter Lovenkrands is confident that experienced midfielder Joey Barton will be integral to the Gers success against Celtic on Saturday.

The Glasgow rivals meet in the first league Old Firm derby in four years since the Gers were forced to start again in the fourth tier of Scottish football.

Speaking to the Belfast Telegraph, the former Newcastle and Birmingham striker claimed that Barton is a dominant figure and will show that against the Hoops.

“Joey is very vocal and dominant on the pitch,” Lovenkrands told the Belfast Telegraph. “And I would expect him to do well as it is a massive game for Rangers.

“How they [the experienced players] will help the other players and especially the younger ones on this occasion is so important.”

Barton and Lovenkrands know each other from their time at St. James’ Park after playing for the Magpies for two years between 2009 and 2011.

Former Manchester City star Barton has played in all but two of the Gers games this season, starting in his favoured holding midfield role in all four Scottish Premier League encounters and helping Mark Warburton’s squad to second place in Scotland’s top flight.

Former Denmark international Lovenkrands retired in 2014 after finishing his career with Birmingham. The 36-year-old made 58 appearances with the Scottish giants and found the back of the net 17 times in league and cup encounters.

In other Rangers news, Barton believes he has proved this Premier League side wrong.