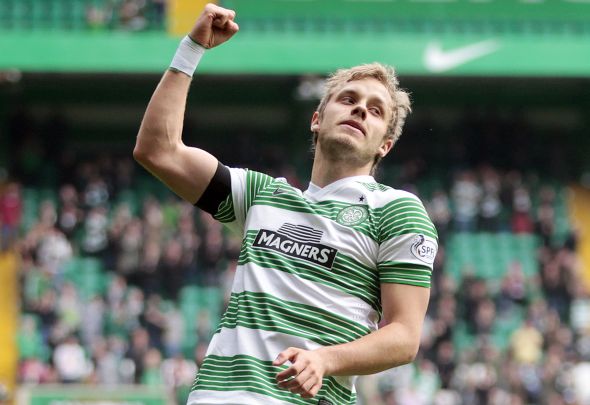 Rangers are facing the unknown going into the summer.

Who will be the next manager? Who will leave Ibrox? Who will director of Mark Allen look to sign?

Some of the players that are expected to leave Govan are in attack with Alfredo Morelos likely to attract more bids from overseas again while Jason Cummings’ loan deal expires and Eduardo Herrera will probably be offloaded for a massively reduced price.

Even though Cummings became an instant fan favourite at Rangers, he has proved that he is nowhere near good enough and the club must bin him in the summer and move to sign Brondby goal machine Teemu Pukki.

Pukki, 28, has been in stunning form this season for the Danish giants.

The former Celtic striker has scored 19 goals and supplied 10 assists in 39 appearances, helping to put his side in pole position to win the Danish Superliga in style.

Even though he used to play at Parkhead, he was never there that long and had a minimal impact, meaning that should soften the blow for Rangers to sign a player who used to play for their bitter Old Firm rivals.

Pukki played for the Bhoys in 2013/14, scoring nine goals in 38 appearances before he was sent to Brondby on a loan that was eventually made permanent.

The Finland international has reinvented himself back in Denmark though and will be a real asset to Rangers for next season if Allen is able to snap him up.

In other Rangers news, Dave King must improve his offer to Steven Gerrard after an English club joined the hunt to appoint the Liverpool icon.