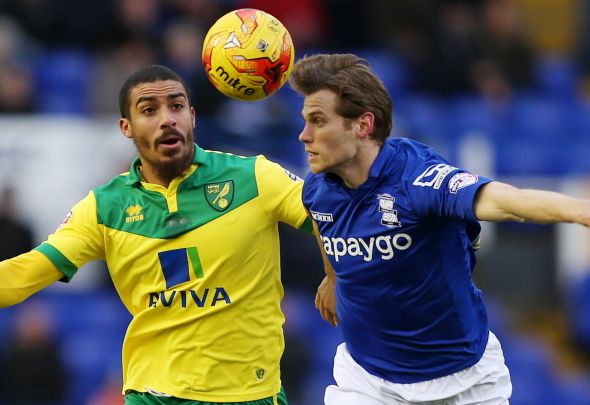 Rangers should move for Birmingham’s Jonathan Spector after manager Gianfranco Zola confirmed he would let him leave.

The Gers have already signed an American this month, bringing in midfielder Emerson Hyndman on loan from Bournemouth and Spector could form a strong bond with him.

Blues boss Zola revealed to Birmingham’s official website that USA international Spector is the subject of a request from the MLS, and would be willing to let him leave.

“There might be a request for Jonathan Spector to go back home,” Zola said. “That is something I have to consider.

“There might be the possibility that Jonathan will be going back home and that’s the reason why we are active in that position – possibly in this transfer window.”

With Spector set to leave, the Gers should try to add the versatile defender to their ranks as the former Manchester United man enters the final six months of his Birmingham contract.

The 30-year-old would be a huge coup for Mark Warburton’s side, as Spector possesses Premier League experience with United, West Ham and Charlton Athletic.

Able to provide cover at right-back, centre-back or in the middle of the park, the versatility of Spector would prove crucial to Rangers’ aim of finishing second in the Scottish Premiership.

Spector could leave in a bargain deal as his contract winds down at St. Andrews’ Stadium, and that would suit Warburton who has a limited amount of cash available to him.

Combining with fellow American Hyndman, Spector’s hard-working nature and composed outlook when in possession could be the key in reducing the deficit between themselves and Old Firm rivals Celtic, which currently stands at 19 points in Scotland’s top flight.

In other Rangers transfer news, David Weir has revealed the identities of the players that the Gers needed the most this month.