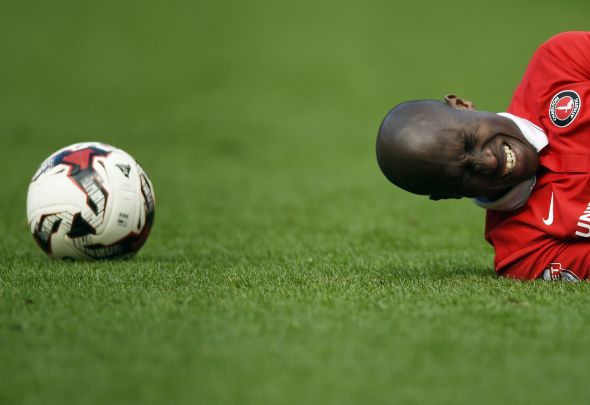 Rangers have tabled an offer for France international Rod Fanni as manager Mark Warburton looks to add experience to his side, according to a report.

The versatile defender, who has won five international caps, moved to the UK for the first time in his career last season as he signed on loan to Charlton Athletic.

The 34-year-old made 14 appearances for the Addicks, but a permanent move has subsequently failed to materialise.

Now French outlet Le 10 Sport claim that the Al-Arabi defender could be the latest name to put pen to paper at Ibrox and become Rangers 10th summer signing.

The report says an offer is on the table from the Gers, but former Brentford boss Warburton will have to move quickly if he is to sign Fanni as his former side Marseille have also been in contact.

FC Metz have also tabled an offer, while Fanni is considering a more lucrative offer from an unnamed Dubai side.

Rangers began their return to the top-flight of Scotland with a 1-1 draw against Hamilton on Saturday, and recorded their first win of the season on Tuesday night with a 5-0 thrashing of Peterhead in the Betfred Cup.

In other Rangers transfer news, this Newcastle striker could move North after Martyn Waghorn injured his hamstring.