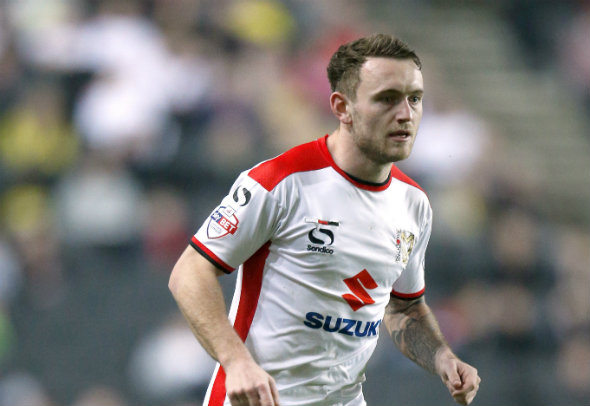 Rangers are weighing up a move for MK Dons’ defender Lee Hodson, according to a report.

The full-back is currently on his way home from Euro 2016 after Northern Ireland were knocked out of the competition on Saturday and Mark Warburton has identified the versatile defender as a target this summer.

The Sun claim Rangers are desperate to find cover at right-back and left-back and Warburton is considering whether to move for Hodson.

The 24-year-old can play on either flank, but is most comfortable at right-back and is entering the final year of his contract with MK Dons.

Hodson spent the second half of the 2015-16 season on loan at Kilmarnock and went straight into the first team, making 13 appearances in the Scottish Premiership.

Rangers boss Warburton is well acquainted with Hodson after working with him at Watford when the defender was coming through the youth ranks.

Hodson also spent time on loan at Brentford while Warburton was the club’s sporting director.

MK Dons are thought to be aware of Gers’ interest in Hodson and may be willing sellers with the club relegated into League One this season.

Hodson was part of the Northern Ireland squad that travelled to France this summer, but failed to make it off the bench for any of their four fixtures in the tournament.

In other Rangers news, Jens Lehmann has urged Warburton to sign one of Northern Ireland’s stand-out stars of Euro 2016.