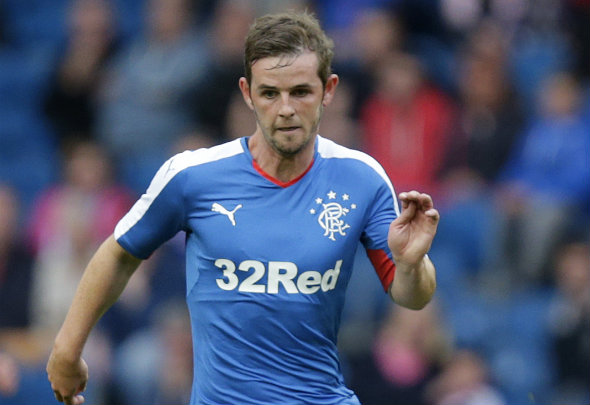 David Templeton could be offered a route out of his injury hell by Scottish Championship side Raith Rovers, according to a report.

The 27-year-old striker was on the list of released Rangers players last week after four injury-plagued years at the club and could be handed a lifeline by his former club when his Ibrox deal officially expires at the end of June.

The Scottish Sun claim that Raith boss Gary Lockie has identified Templeton as a potential target, but only if the striker can shrug off his injury woes.

Templeton has not played a single minute of competitive action since a brief run-out on the opening day of the Championship season and will reportedly be required to prove his fitness before any contract offer from Raith.

Lockie is well acquainted with Templeton from their times at Hearts together and the Scot has shown in the past he is lethal when fit after he scored 16 goals and provided 11 assists in his first season at Rangers when they were in League Two.

Raith were rivals of Rangers this season as they faced each other in the Championship this season, with Rovers eventually finishing fourth and the Gers claiming top spot.

Although Rovers were knocked out of the play-offs at the semi-final stage, they will be eager to mount another promotion push next season.

Templeton had a brief spell at Raith while on loan form Hearts in 2008 and if the striker can convince Lockie he is over his injury problems, then contract talks are expected to progress quickly.

In other Rangers news, the Gers may be in line for a significant upgrade in the goalkeeping department if their current number two departs.