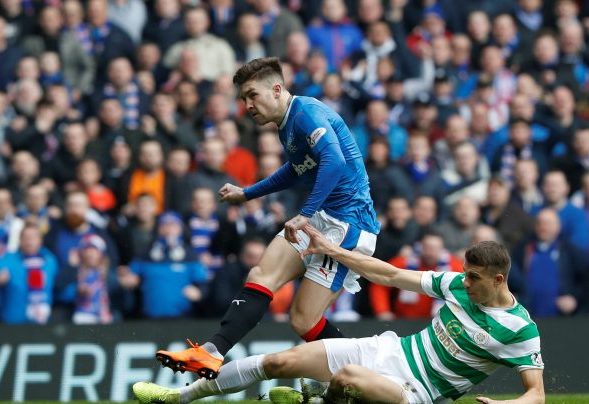 Rangers midfielder Josh Windass has had his release clause revealed on social media by his dad Dean Windass.

The former Hull City striker replied to a fan on Twitter, who asked if his previous £3million release clause had been increased when he signed his new contract.

A report by the Express suggested that Cardiff City were ready to trigger the release clause in order to sign the former Accrington Stanley attacker, but Windass senior poured cold water on the speculation via Twitter.

These revelations will surely trouble new Gers boss Steven Gerrard, as it will put clubs on high alert for Windass’ signature, something the Liverpool legend could do without as he starts his new role.

The confidential details of a players contract are something that Steven Gerrard would not want out in the open, especially the release clause of one of his most talented young players. Gerrard’s job is hard enough as it is, without these details being leaked and putting his players in the shop window for sides with bigger budgets. Rangers are now going to have a fight on their hands to keep Josh Windass at the club, now his £3million release clause has been made public. Not only will the new manager have to be looking for players to add to his already thin squad, he will now have to be looking at potential replacements for a player who scored 18 goals for the club last season. Hopefully, Gerrard can convince the 24-year-old to stay at the club and be part of this exciting chapter in Rangers’ history because clubs will be queuing up for his signature.

In other Rangers news, this player could well be the next to make the breakthrough at Ibrox