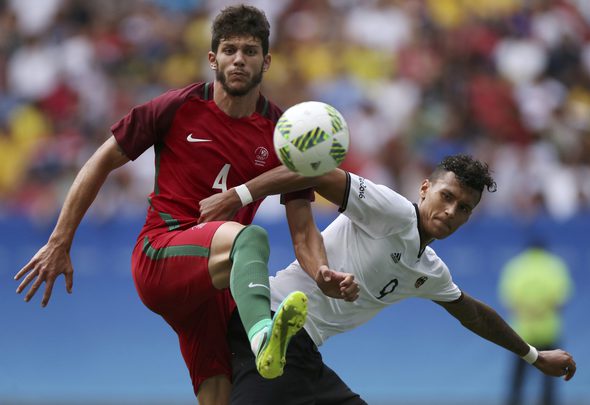 Leeds United are unlikely to be able to seal a move for Sporting CP defender Tobias Figueiredo in January, according to a reliable journalist.

Yorkshire Evening Post journalist Phil Hay claimed on his personal Twitter account on Friday that the Whites may be unable to pull off a move despite it being reported by A Bola that the Yorkshire side had made a formal approach for Figueiredo, 23.

It was understood that Sporting were demanded between £2.6 and £3.5million for the defensive enforcer, but in a major development, that may not be something Leeds will be willing to meet.

I’ve asked about him. Didn’t sound likely, or not at the £4m quoted in Portuguese press

Portuguese news outlet A Bola claimed that Figueiredo could leave Sporting CP in the next transfer window as he is well down the pecking order and only made four appearances across all competitions this season, including one in the Champions League.

The former Portugal youth international has spent his entire career with Sporting but has barely made any impact in the first-team squad as a result has been loaned out twice to Nacional and Reus.

Leeds could probably do with an extra body in defence over the January window but it seems that the European centre-back may be off limits.

Thomas Christiansen has quite an unbalanced squad on his hands at the moment and that has perhaps played a large part in Leeds’ slump between September and November. There is a glaringly obvious problem at left-back where Gaetano Berardi is being forced to play out of position every week while suspensions and injuries have meant that the Whites have had to mix up their centre-back pairing quite often. Pontus Jansson and Liam Cooper both love a booking so it’s imperative to get a back-up to one of them. Figueiredo is a good player and a good back up option, but for that type of role, it seems he would simply cost too much. Leeds just need to ask West Ham about just how hard it is to negotiate with Sporting CP.

In other Leeds United news, a Sky Sports pundit has made a brutally honest claim about the Whites’ squad.