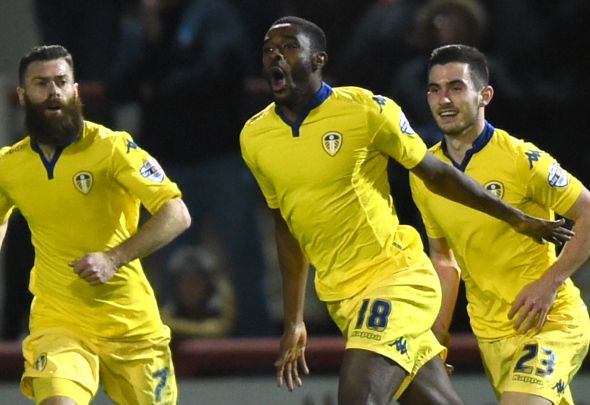 Paul Taylor, a writer for the Nottingham Post has revealed that two signings will be confirmed on Tuesday, while one or two more will follow on Wednesday.

The famous Championship club have already secured six summer signings, but it would appear that Philippe Montanier is keen to add more to his squad.

The plan, as of last night, was that two signings will be confirmed today and one, if not two more will come tomorrow, if completed #nffc

Forest sold youngster Oliver Burke for a club-record £13million to Red Bull Leipzig on Sunday and they could be looking to spend the money received on replacements.

The Daily Mail reported Forest’s interest in Morrison, while Sports website HITC claimed that Carayol had passed a Forest medical and had agreed personal terms with the club.

Morrison, 23, was once regarded as one of the most gifted young footballers in the country, but reported attitude problems have seen his career stutter.

The playmaker has only made 89 senior appearances since graduating from the Manchester United academy in 2010.

Meanwhile, Carayol, 27, joined Boro from Bristol Rovers four years ago in a £250,000 transfer.

The winger could be available in a cut-price deal as he has less than 12 months remaining on his current deal.

Carayol spent last season on loan at Huddersfield Town and Leeds, but the move to Forest seems likely to be a permanent deal.

In other Nottingham Forest transfer news, Forest are interested in bringing Napoli forward Nicolao Dumitru to the City Ground.