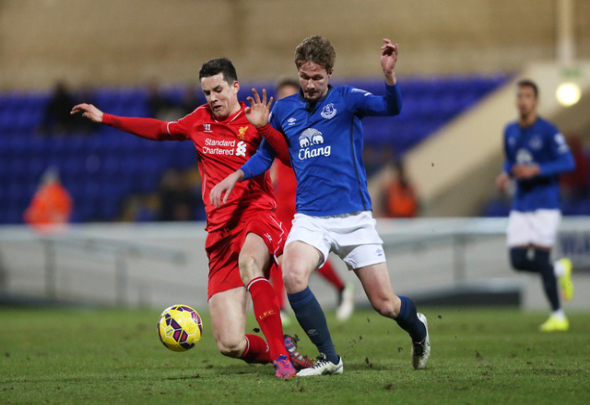 Liverpool are willing to let young midfield enforcer Jordan Williams leave the club, according to a reliable journalist.

The 21-year-old is a product of the Reds’ academy after joining from Wrexham in 2009, but he has made just one senior appearance for the club in a 2014 League Cup clash with Middlesbrough.

Now, Sun correspondent Alan Nixon has reported on his personal Twitter account that the Merseyside giants are ready to let Williams leave with League One duo Charlton and MK Dons on his trail. Williams joined Liverpool at the age of 14, but he has not fulfilled the talent scouts saw in him in 2009.

The defensive midfielder has previously had loan spells in League One with both Swindon and Notts County, where he played eight times in total.

However, with the player’s contract on Merseyside currently set to end in the summer it is thought that this next deal could be a permanent one.

The youngster has played for Wales at Under-21 level, while also being called up to the senior team in 2015.

But, Liverpool are currently blessed in the centre of the park with Jordan Henderson, Emre Can and Adam Lallana to name a few and it is now thought that Williams’ future lies elsewhere.

A move away from Liverpool would be the best for the player and club. At 21 Williams is no longer considered an up and coming prospect and coaches will have expected him to be in and around the first team at this stage of his career. However, he has not played for the first team since 2014, meaning he is well down the thoughts of the staff at the club. League One is still not a bad level for a professional footballer and Mk Dons and Charlton are considered top end sides for the respective division. You have to be superstar to break through the Reds’ youth ranks and unfortunately for Williams, he is not one.

In other Liverpool transfer news, this Reds 26-year-old is desperate to leave the club before Tuesday’s deadline.