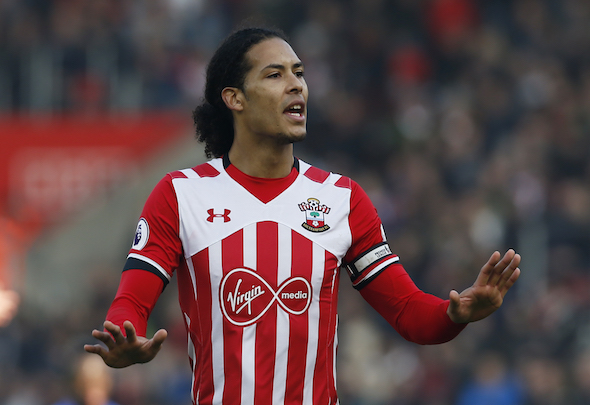 Virgil van Dijk has already agreed personal terms with Liverpool and they still have an excellent chance of signing him in January, according to a reliable journalist.

Journalist and broadcaster Ian McCarry, who has worked extensively for the BBC, Daily Mail and the Sun, claimed on the Transfer Window Podcast that the Merseyside giants are well placed to prise £55million-valued Van Dijk from Southampton in the winter window.

Jurgen Klopp’s side were hot favourites to sign the Holland centre-back during the summer and both the player and Liverpool privately made it clear that he had his heart set on the move.

But Liverpool were forced to publicly end their interest after Southampton accused them of illegally tapping him up and could still not resurrect a deal even after Van Dijk handed in a transfer request.

McGarry revealed that he has been told that Liverpool’s pursuit of Van Dijk is very much alive and explained why the Dutchman is far more likely to get the move he covets than Alexis Sanchez and Philippe Coutinho.

McGarry told the Transfer Window Podcast: “I spoke to a close friend of his and Van Dijk definitely believed his deal to Liverpool was all agreed in terms of his personal terms in terms of this transfer window that’s just closed. Liverpool was his first choice.

“I think the investment in Southampton had a negative effect from Van Dijk’s point of view. They no longer wanted, or needed, the money that they would get from selling him to Liverpool for about £55m.

“Whether that backfires on them in regard to the player’s performance we’ll have to wait and see as he’s not featured yet.

“But I go back to the original point in that Van Dijk has a good chance of moving in January where I would say Sanchez and Coutinho don’t.

“Van Dijk has one great advantage in that he’s not going to be cup tied for European football in the January window.”

The defender, 26, returned to first team training last week after being sidelined throughout August but the hangover of the transfer window remains.

He is set to be integrated back into the Southampton playing squad but played no part in their 2-0 Premier League defeat to Watford at St Mary’s Stadium last Saturday.

In other Liverpool transfer news, a BBC pundit has predicted one of two players will be axe to make way for new signing Alex Oxlade-Chamberlain.