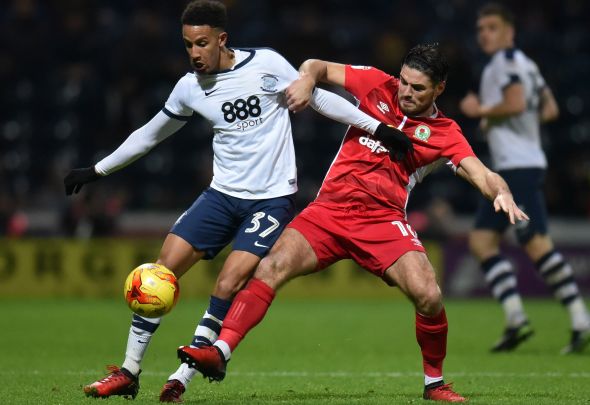 In a worrying twist for Wolves’ fans, the club’s move for Blackburn star Ben Marshall is on the verge of collapsing, according to a reliable journalist.

The Sun claimed on Thursday that the Midlands club had agreed a £1.85million fee for the 25-year-old, after a month-long transfer saga in which both parties struggled to agree a fee.

However, Sun correspondent Alan Nixon revealed on his personal Twitter account that a deal is “in jeopardy” because manager Paul Lambert has fallen out with Rovers’ owners – the Venkys.

Lambert’s relationship with the Venkys appears to have put the move in jeopardy, despite the former Aston Villa manager knowing Blackburn’s owners from his time at Ewood Park.

It now leaves versatile attacker Marshall in limbo, with just six months remaining on his contract at the Lancashire club.

Possessing a huge amount of experience in England’s second tier with 182 appearances for both Leicester and Blackburn, Marshall was targeted by Lambert as a priority signing in January.

Attempting to form a reunion with Marshall, it remains to be seen if Lambert will persevere fir a move for the former England Under-21 international in January.

Making 25 appearances for Blackburn this season, Rovers’ number 10 has cropped up on the wing as well as appearing at full-back on occasion.

Lambert will be getting very frustrated and it must have come time for him to move on and re-enter the market for another winger. In what has taken weeks to get to this stage with no resolution, Lambert must now forget about trying to sign Marshall as the window shuts in four days. Wolves need to bolster their attacking ranks this month, with just 34 Championship goals in 27 games this season. Remaining undeterred, Wolves should press on with their transfer dealings as Lambert looks to take his Midlands giants away from the relegation zone and towards the top half of the Championship table. If Marshall happens, it happens, if not and Lambert’s still keen, he can get him on a free in the summer.

In other Wolves transfer news, Lambert has given an update on the pursuit of this Portuguese winger.