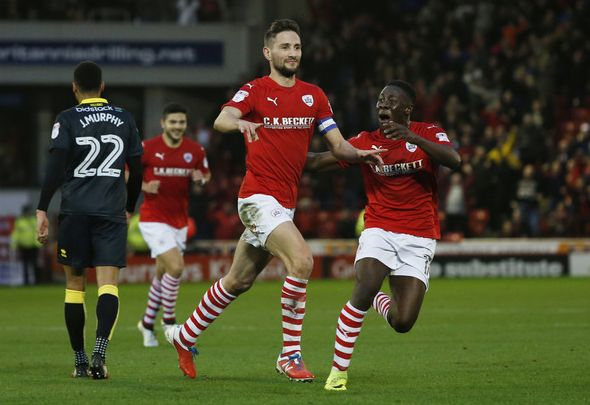 Aston Villa have struggled to sign duo James Bree and Conor Hourihane because Barnsley do not have a chief executive, according to a reliable journalist.

Sky Sports claim Barnsley are currently locked in talks with Aston Villa, as Steve Bruce’s side look to thrash out a deal for both players before the end of the January transfer window.

However, BBC journalist Pat Murphy revealed on his personal Twitter account that deals are dragging on as Barnsley do not have a chief executive to oversee the moves.

Murphy did report that a deal for teenage defender Bree is closer than one for Tykes captain Hourihane, as Villa look to complete a double raid on their Championship rivals.

2/2 now they're without a chief exec. Villa remain optimistic altho' several PL clubs also circling. Not yet at the stage of medicals.

Hourihane and Bree have both been crucial in Barnsley’s side this season, helping them reach a lofty eighth place in the Championship, just four points adrift of the play-off places.

Captain Hourihane showed fans just why Aston Villa were keen to secure his signature this month on Saturday evening, with a wonderful free-kick in the 3-2 win against Leeds.

Bree also starred on the right of defence, keeping in-form attacker Souleymane Doukara quiet during the impressive win over their Yorkshire rivals at Oakwell.

However, that could be the duo’s last games for Paul Heckingbottom’s side, as Bruce looks to edge closer to securing deals for both Barnsley stars.

With just a week left in the January transfer window, moves for both Bree and Hourihane are beginning to worry Villa fans as a month-long transfer saga drags on into the dying embers of the window. As a precaution, promotion expert Bruce must draw up a list of potential targets that could be brought to Villa Park if the Midlands giants’ top-ranking officials are unable to pull of the double swoop of both Barnsley stars. If they are unable to complete a deal before the end of the window, Bruce should then look to bring in a shortlisted star as recruitment is vital this month in looking to kickstart his side’s play-off chase.

In other Aston Villa transfer news, this Barnsley fan has made a hilarious attempt to prevent Hourihane’s move to Villa.