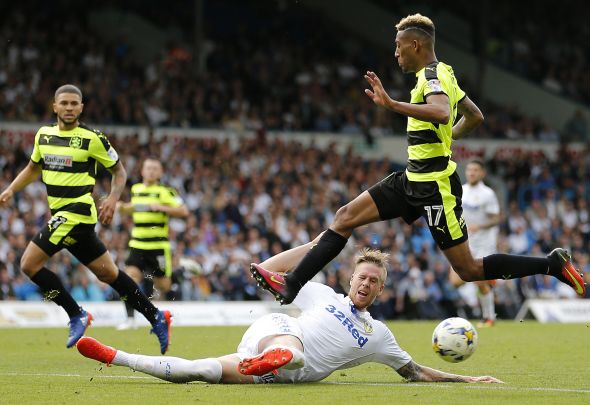 Pontus Jansson was “brilliant” in Leeds’ 2-1 win over Barnsley on Saturday, according to a reliable journalist.

Yorkshire Evening Post correspondent Phil Hay took to Twitter to hail the performance of the centre-back after Garry Monk’s side secured their fifth victory in six matches, and their fourth from five league encounters.

Goals from defender Kyle Bartley and playmaker Pablo Hernandez were enough to secure the three points and lift Leeds into the top half of the Championship table for the first time this season.

On-loan Jansson has emerged as a  key member of Leeds’ team during their excellent recent run after leapfrogging Liam Cooper in the centre-back pecking order at Elland Road.

He delivered another colossal display on Saturday as Monk’s team climbed into the top half of the Championship table for the first time this season.

The Swede played the full 90 minutes of the win over Barnsley after recovering from a hamstring problem sustained in midweek, and which had made him a doubt ahead of the match.

Fans took to social media to give their verdicts on Jansson’s immense display at the back against Barnsley.

Manager Monk had named an unchanged side for the third match in a row for the clash against the Tykes.

Barnsley are still ahead of Leeds in the table on goal difference but Monk’s side are now 11th after increasing their points haul in the campaign to 16.

In other Leeds team news, this is what Sky pundit Ian Holloway predicted ahead of the team’s clash against Barnsley.