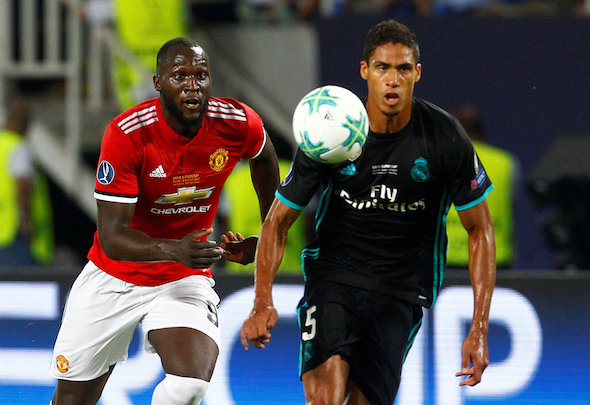 Real Madrid defender Raphael Varane is a “major doubt” to face Tottenham in the midweek Champions League clash at Wembley Stadium, according to a report.

Spanish publication AS claims that the 24-year-old suffered an injury to his right leg as the La Liga champions suffered a humbling 2-1 defeat at the hands of newly-promoted Girona.

The central defender was substituted just before the break after the setback as Zinedine Zidane’s men find themselves in third place in the league table, eight points behind bitter rivals Barcelona.

The newspaper reports that teammate Nacho will partner club captain Sergio Ramos in midweek if Varane is officially ruled out of action.

The central defender played the full 90 minutes in the reverse fixture between Madrid and Tottenham a fortnight ago and he scored an unfortunate own goal to put Spurs in front on the night.

Injury setbacks are nothing new for the France international as he missed the early stages of the season due to a muscular injury.

Varane has only made five La Liga appearances this season and he has struggled with consistency.

Tottenham will be hopeful that they can take advantage of Madrid missing one of their key men and go top of their Champions League group with a win.

In other Tottenham news, Harry Redknapp has revealed that he was close to signing this two-time Premier League winner when he was the Spurs boss.