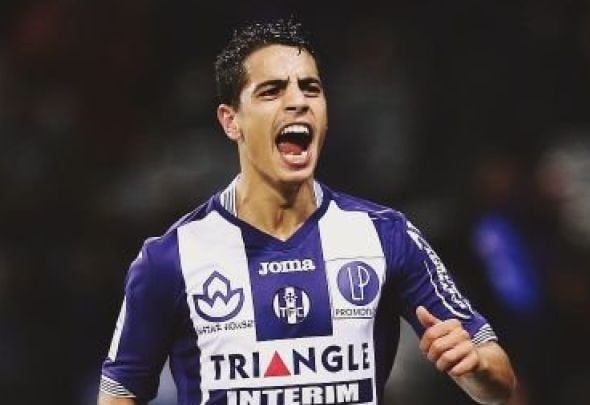 Arsenal, Leicester and West Ham have missed out on highly-rated Toulouse striker Wissam Ben Yedder as he has agreed a transfer to Sevilla, according to a report.

The Express, citing French outlet, L’Equipe, have reported that the 25-year-old has been on the radar of a number of Premier League clubs, but has instead agreed a move to La Liga outfit Sevilla, for a fee believed to be £7.6million.

Ben Yedder has been hot property in French football in recent years having scored 62 times in the past four seasons, which has seen him gain attention from major European clubs.

It is said French giants Paris St. Germain and Lyon approached the forward, but instead he has decided to pen a five-year deal with the Europa League winners.

Premier League champions Leicester City were reported to have been interested in his signature, along with Arsenal and West Ham, but with only a year left on Ben Yedder’s contract the highly-sought forward has opted for Spain.

Arsenal missed out on the signing of Gonzalo Higuaín, as well as Jamie Vardy, who rejected a contract at the Emirates and instead put pen to paper with the English league champions.

West Ham have tried tirelessly to bring Italian based striker Carlos Bacca to London, as a number of deals fail to conclude for the east London club with the new Premier League season drawing closer.

In other Arsenal transfer news, manager Arsene Wenger is trying to hijack a £16.8 million move for this Brazilian defender.