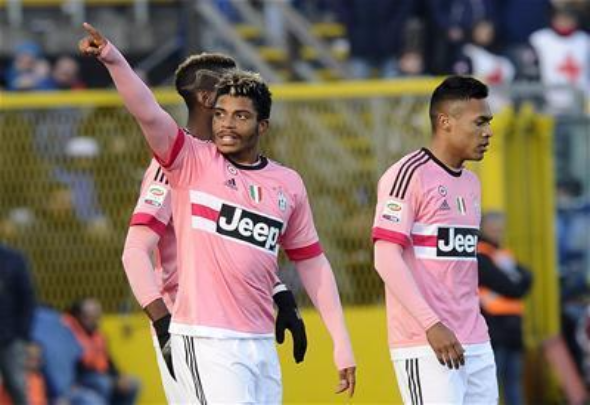 Arsenal have had a £13.9million bid rejected for Juventus wonderkid Mario Lemina, according to a report.

Italian publication Calcio Mercato claim the Gunners have been told they must match the Serie A club’s £17.4million valuation to land the midfielder, 22.

It is said that Watford are the only club to have matched Juve’s valuation but the former Marseille star does not want to join the Premier League minnows.

The Gabon international defensive midfielder had an impressive loan spell with the Bianconeri in the recently completed season, making 17 appearances in all competitions.

Lemina, who represented France’s youth teams before opting to represent Gabon, is behind the likes of Sami Khedira, Claudio Marchisio, Stefano Sturaro and Roberto Pereyra.

Lemina made a name for himself at Ligue 1 outfit Lorient before moving to Marseille, and is renowned for his superb engine as well as his impressive technical ability. Standing at 6ft, Juve’s number 18 is also strong in the air.

Arsenal fans are becoming increasingly frustrated with the Gunners’ lack of marquee signings, which stands at just one this summer in Switzerland international Granit Xhaka.

Manager Arsene Wenger is in the market for more players, with Lyon striker Alexandre Lacazette remaining high on his shortlist despite having a £29.5million bid rejected.

In other Arsenal transfer news, fans have reacted on Twitter to this £69million deal.