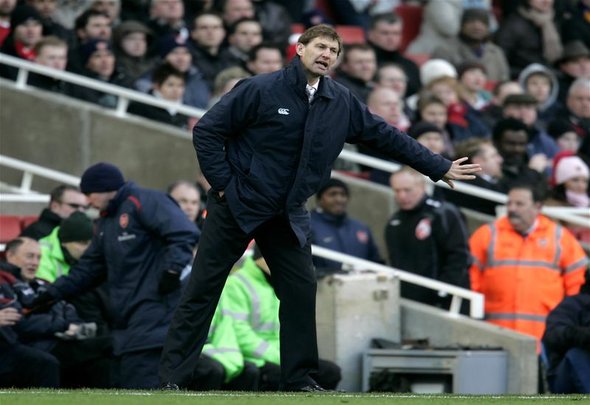 Arsenal great Tony Adams has rejected the chance to coach the club’s Under 18s, according to a report.

Adams is now believed to be pursuing a lucrative role in China instead, and becomes the second club legend to snub a coaching position this summer.

His former team-mate Henry left his role as Arsenal’s Under-18s coach after Arsene Wenger made him choose between working for Sky as a pundit or committing full-time to the role.

Now The Telegraph report that former captain Adams has turned down the vacant Under-18s position and has travelled to China for talks with Chonqing instead.

He is reportedly set to sign a lucrative contract at the club where he will become the head of youth development.

The Chinese Super League has seen a recent arrival of a number of star players and recognisable managers join.

Adams looks set to become the latest addition to the Chinese footballing revolution and it leaves his old manager Wenger still searching for a new youth team coach.

In other Arsenal news, defender Per Mertesacker has given his verdict on who will be handed a senior role.