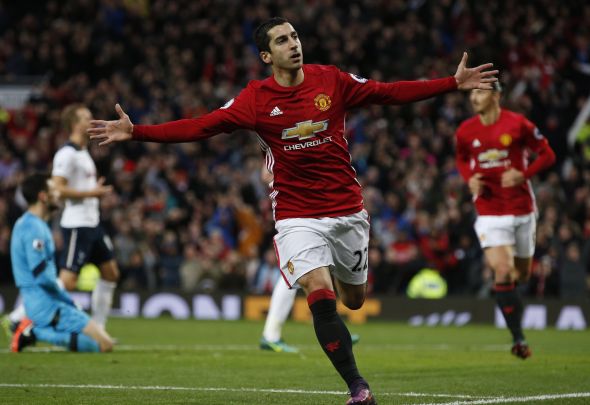 Arsenal’s proposed player plus cash deal that would see Alexis Sanchez join Manchester United in return for a sum of money and Henrikh Mkhitaryan has stalled, as the Armenian wants to become Arsenal’s highest paid player, according to a report.
The Daily Record report that Mkhitaryan’s agent is playing hard to get, as the Manchester United winger wants a bigger salary than he currently earns.
It is reported that the 28-year-old is demanding a similar contract to what Alexis Sanchez is currently on.
Manchester United is the most likely destination for Sanchez, after beating their local rivals Manchester City to the chase, and offering a better deal.
Mkhitaryan’s agent, Mino Raiola, also represents a number of United’s first team players, and has became famous for his aggresive style of negotiating.
Football Insider verdict:
Before joining Manchester United, Mkhitaryan was on fire. He was voted the Bundesliga’s ‘player of the season’ finishing with a league leading number of assists. His slump in form since joining the Premier League is not uncommon, as many European stars often find it hard to adjust. However, should Wenger land the Armenian, he would inherit the massive potential that the 28-year-old has. Many stars have not thrived under Mourinho, yet have gone on to make succesful careers after leaving him, as evidenced by Mo Salah, Kevin De Bruyne and Romelu Lukaku. Mkhitaryan could be the next to do so.
In other Arsenal transfer news, it has been reported that this African sensation has agreed persoanl terms with the Gunners.
We’ve launched a << BREAKING NEWS FEED>> exclusively for your club. ‘Like Us’ on Facebook by clicking here if you want 24/7 updates on all Arsenal breaking news.