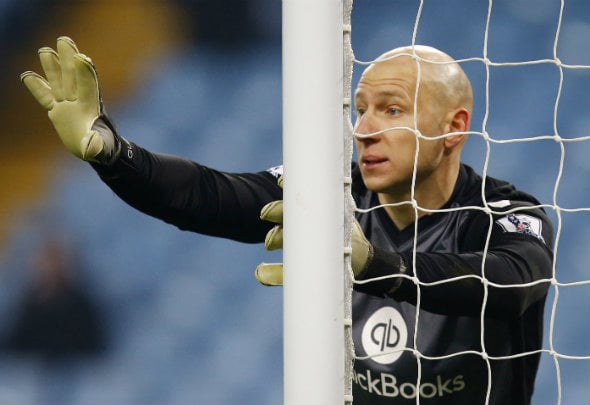 Brad Guzan is is set for the Aston Villa axe as Roberto Di Matteo trims the size of his squad, according to a report.

The Birmingham Mail claim that the shot-stopper is expected to be the fall guy as the club can no longer guarantee him games following the signing of Pierluigi Gollini from Hellas Verona.

It is said Di Matteo is looking to reduce the number of keepers he has at the club with Jed Steer and Mark Bunn pushing Gollini for a number 1 spot, and the American is the likely fall guy.

Di Matteo publicly suggested that one of Bunn, Steer or Guzan is set to depart the club as he cannot go into the forthcoming Championship season with four keepers.

“Right now we’re going to have four ‘keepers with Jed Steer and Brad and Mark Bunn, so we’ll see how that pans out,” Di Matteo told the Birmingham Mail.

“Obviously we’re going to go with three ‘keepers into the season and we’ll see what the next three or four weeks brings.”

Guzan will return to training next week after he was given extra time off after competing in the Copa America for his home country.

The Midlands outfit conceded 76 goals last term with Guzan being centre of criticism for his wretched performances in the last 24 months.

Continuous mistakes, poor distribution and a lack of confidence has led to Guzan’s downfall, despite being named the clubs player of the year for the 2012-13 season.

The Italian has never spoken about Guzan’s future but his career at Villa Park seems to be coming to an end which will please many supporters who have been highly critical of his performances.

In other Aston Villa news, the club have launched a move to sign a Championship defender which could signal the end for fans favourite.