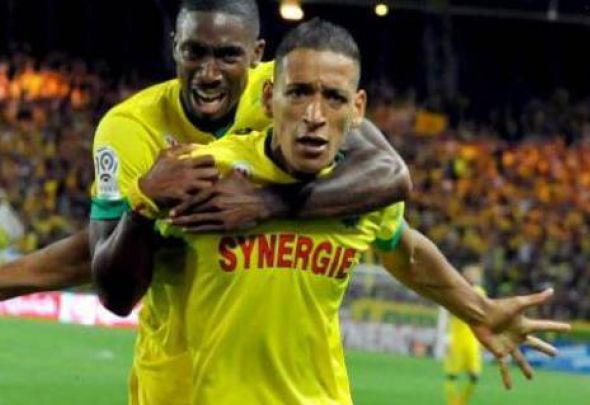 Leeds have been given hope in their pursuit of Nantes striker Yacine Bammou after the the French club completed the signing of Sunderland flop Ola Toivonen, according to a report.

Global football website Sport Witness claim that the purchase of Toivonen will allow Nantes to listen to offers for the striker who has three international caps for Morocco.

Reliable French publication France Football claimed at the end of July that Leeds, Wolves and Brighton were battling for the services of the Morocco international.

Sports Witness also credit interest in the player, who is contracted to Nantes until the summer of 2019, to Aston Villa.

Bammou, 24, has been a regular for Ligue 1 side Nantes since his arrival in 2014 and has made 77 appearances, scoring nine goals and supplying six assists.

Although not a prolific scorer, Bammou is very effective as a target man and his physicality could be well suited to the rigours of the Championship.

Leeds began their Championship campaign with a disappointing 3-0 loss away at QPR on Sunday, so could be looking to strengthen their squad.

Monk elected to give four of his new signings their debuts on the weekend, with England international Rob Green, Swansea City loanees Matt Grimes and Kyle Bartley and League 2 Player of the Year Kemar Roofe all starting.

However, new signing Pablo Hernandez was not named in the squad for the first game of the season a because he is yet to receive international clearance.

In other Leeds transfer news, Twitter reacts as they reportedly weigh up a seven-figure bid for a Premier League defender.