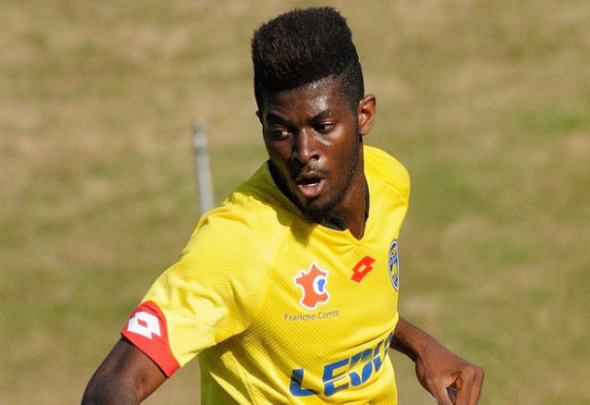 Aston Villa have expressed an interest in Sochaux defender Jerome Onguene, according to a report.

The Daily Mail claims that the 18-year-old defender has attracted  interest from English clubs Aston Villa and Crystal Palace, while he has also been the subject of a £1.75million offer from Turkish club Trabzonspor.

The Cameroon-born 18-year-old has been capped 12 times at France Under-19 level and is due to play against England, Croatia and Holland in the UEFA Under-19’s Championship next month.

The 6ft 3ins centre-back has also been watched by Arsenal and Newcastle in the past year.

It is believed that Sochaux would like to keep Onguene, but the move would greatly help the Ligue 2 side financially.

The young French starlet came through Sochaux’s youth system and broke into the senior side in the recently completed season making 40 appearances across all competitions for the team.

Aston Villa are said to be looking for a new centre-back after Micah Richards and Joleon Lescott had wretched debut seasons at the club.

Palace are currently in the driving seat given their Premier League status, but Villa manager Roberto Di Matteo is hoping to lure the youngster to Villa Park with the player having a better chance of regular first team football next season.