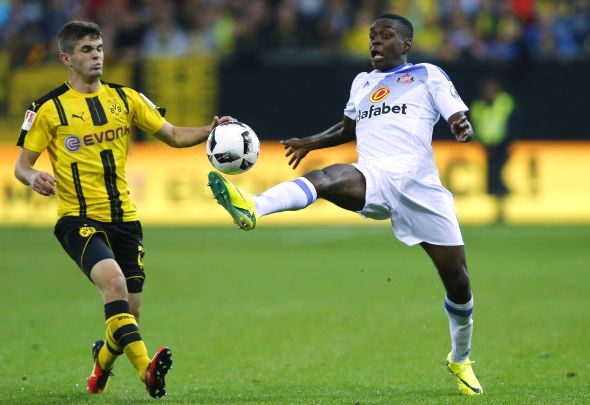 Newcastle United are ready to poach fierce rivals Sunderland for two of their brightest young talents in a bargain swoop as they close in on the end of the current contracts, according to a report.

The Daily Mail claim on their website that the Magpies are ready to make the short journey across the north east to swipe centre forward pair Joel Asoro, 18, and Josh Maja, 19, from under the nose of the Black Cats, with both of their deals at the Stadium of Light set to expire this summer.

It is stated that the Championship side, who are looking at a second successive relegation with four games left to play, have offered the attacking duo new contracts and are hoping to use the impending drop into the third tier as a way to convince the youngsters they will see much more game time than if they were to depart.

Asoro has made 22 Championship appearances this season, scoring twice, while Maja has 15 first team league outings under his belt, with his first and only goal coming against Fulham back in December.

Neither of the pair are likely to head straight into Newcastle’s first team and Coleman is right to hold hopes over first team action convincing the duo to stay. Still, the opportunity to stay in the north east, working under Rafael Benitez and with the chance to feature in the Premier League should tip the scales in Newcastle’s favour, and the Black Cats’ loss could well be their fiercest rivals’ gain. Newcastle have had a dreadful history with developing young talents into first team stars, so they may just have to appreciate the work Sunderland have done to this point and snap them up just as they hit the peak of their development.

In other Newcastle United news, the door has been left open over a stunning return to the club.