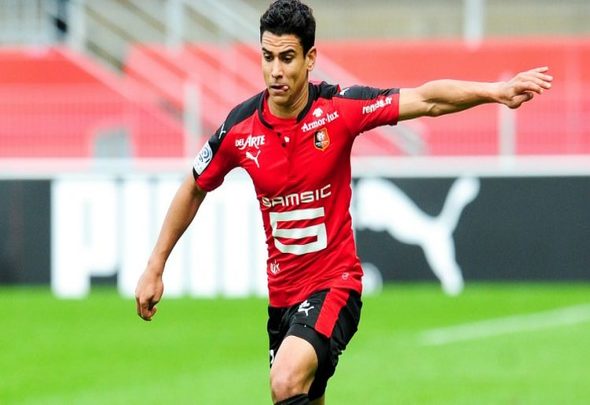 Liverpool are not interested in signing Rennes midfielder Benjamin Andre this summer, according to a report.

The Liverpool Echo has claimed on their website that reports in France have linked the Reds to the 27-year-old Frenchman.

However, the Echo also states that the Anfield giants are not looking towards the Ligue 1 ace as an alternative to RB Leipzig midfielder Naby Keita.

Andre has been a part of the Rennes team for three years after completing a move from Ajaccio in the summer of 2014.

He has since played 99 times for the club, returning two goals and five assists and helped Rennes to a ninth placed finish in the last campaign.

Liverpool, meanwhile have each of Emre Can, Georginio Wijnaldum, Jordan Henderson, James Milner, Adam Lallana and Marko Grujic in their central midfield ranks and they have not yet added to the position after putting their efforts into signing Keita earlier in the window.

Andre’s name isn’t well known outside of France and it was slightly strange to see him linked with Liverpool. The player is a huge stepdown from someone of Keita’s calibre and if Jurgen Klopp ended up with the Frenchman instead at the end of the window he would have surely been disappointed. If Andre was to move to a Premier League club then he is far more likely to join someone like Watford, or Burnley, rather than earn a big move to Liverpool after playing for Rennes in Ligue 1. Therefore, Liverpool fans can now breathe a sigh of relief after the Liverpool Echo quashed the rumour.

In other Liverpool transfer news, a Premier League side are looking to accelerate talks with this Reds target.