Newcastle are not following up with their interest in Liverpool striker pair Divock Origi and Danny after having an “initial approach” rebuffed, according to a report.

The Telegraph have claimed via their website that the Magpies made an attempt to at least bring in one of the forwards from one of Rafa Benitez’ former clubs.

However, the Anfield giants are said to have turned the north east side away with no further details given.

Origi’s future at Liverpool is currently up in the air with the 22-year-old being linked to a number of clubs, including reportedly being offered to Monaco in a deal for Thomas Lemar.

Meanwhile, Ings, 25, has had an injury plagued couple of years at Liverpool since joining from Burnley in the summer of 2015 and his last appearance for Jurgen Klopp’s side came in an October EFL Cup clash against Tottenham.

Newcastle, meanwhile, have already added Joselu from Stoke to their forward ranks this summer, but they could be looking for further reinforcements with just over 48 hours of the transfer window left.

Both Ings and Origi would have been very astute signings for Newcastle this summer. Neither are getting a look in at Liverpool under Klopp, but both have previously shown their class at other clubs, which saw them earn a move to Anfield. Goals in the Premier League are also priceless and as Newcastle aim for survival in the top-flight one of the forwards could have been a very good addition to Benitez’ side. However, the Spaniard must now seek alternative targets with time quickly running out.

In other Newcastle transfer news, Leeds fans have reacted to a reported enquiry for this Magpies player. 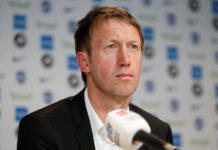 Exclusive: Brighton in pole position to sign Liverpool star ahead of Leicester