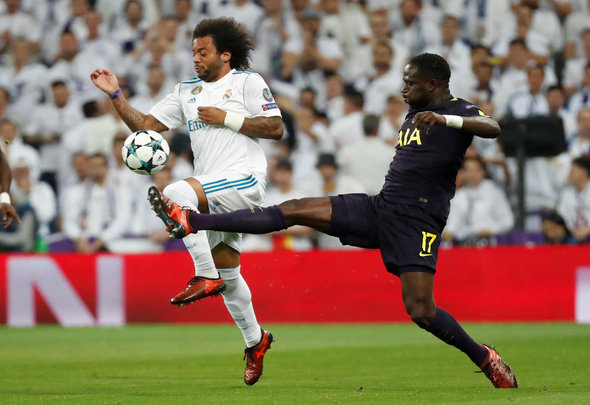 European giants Inter Milan are eyeing up a potential swoop for Tottenham midfielder Moussa Sissoko if negotiations over a deal for Barcelona’s Rafinha are not successful, according to a report.
Spanish publication AS claim on their website that although the Italian club are currently engaged in talks with the Catalan side over a move for the 24-year-old midfielder, there are disagreements over the terms of the deal, which has led to Inter seeking out other options during the January window.
It is said that Tottenham’s 28-year-old midfield powerhouse has been identified as a potential target, although he is reportedly at the bottom of the shortlist.
Sissoko has reestablished himself as a crucial member of Spurs’ squad this season after being branded a flop in his first campaign following his £30million move from Newcastle United.
He has appeared in all but one of the club’s matches across all competitions this season, including every Champions League outing and 22 out of 23 of their league games.
Football Insider verdict
After last season’s performances fans would have been surprised to have seen Sissoko remain at the club this campaign, but Mauricio Pochettino has made the most of the 28-year-old’s skills in Tottenham’s midfield. However, could he secure an exit this month? It is unlikely, unless Spurs want to find a replacement with half of the window gone already, and they would be seeking to recoup most of the fee they spent to sign him from Newcastle. Inter certainly are not going to offer that sort of money, so whether a compromise could be reached is another matter.
In other Tottenham news, an international powerhouse is demanding a wage doubling deal to sign for the club.