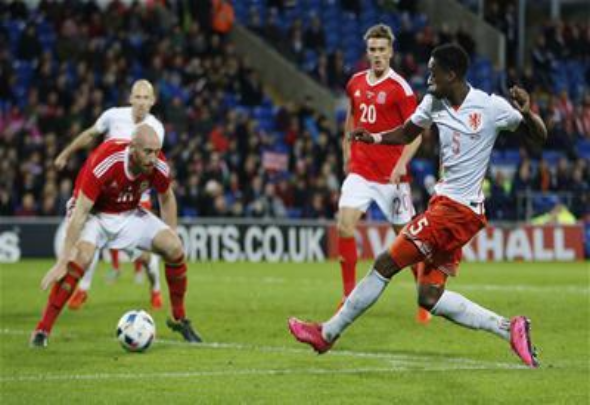 Everton are at the centre of a transfer tussle over the signing of Feyenoord’s Terence Kongolo, according to a report.

The Daily Mail claim that the Toffees, alongside fellow Premier League clubs Stoke and Southampton, are looking to make a move for the 22-year-old.

Ronald Koeman worked with the young defender when the pair were at Feyenoord together and it is understood that the Dutch manager is keen on a reunion with the centre-half, who can also be deployed as a left-back.

It is believed that any potential deal for Kongolo is likely to cost around £10million, which is only a fraction of the rumoured £50million they have valued John Stones at if he leaves for Manchester City.

Kongolo made his first-team debut under the new Toffees boss during the 2011-12 campaign, coming on as a late substitute in a 3-0 victory over Excelsior in 2012.

The young star, who has two years left on his contract, went on to star in 26 fixtures across two seasons before Koeman left the Eredivisie club for Southampton in the summer of 2014.

Despite a change in manager at Feyenoord the Netherlands international has grown as a player, making 80 appearances for the Dutch side in all competitions in the last two seasons.

Kongolo made his Netherlands debut in 2014 and was part of Louis Van Gaal’s World Cup squad, although he only made an 89th minute cameo in his national side’s final group stage game against Chile.

In other Everton transfer news, the Toffees will submit a £33million bid for defender Kalidou Koulibaly.