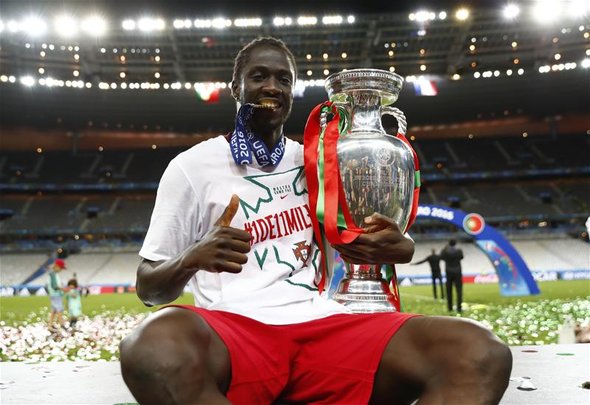 The forward grabbed all the headlights as he scored the winning goal on Sunday night, as Portugal defeated hosts France 1-0 after extra-time.

The Liverpool Echo claim that Moyes was keen on the 28-year-old back in 2012 and sent his then assistant Steve Round to watch him play.

After glowing reports and a move to Merseyside on the cards, complications arose with his transfer due to Academica only owning 45% of his registration and the rest belonging to his formers clubs.

Eder did end up moving to the Premier League with Swansea City in 2015 but failed to impress in his 13 appearances and was loaned out to French side Lille before the deal was made permanent this summer.

The forward wrote his name in Portuguese folklore in the Euros final with a superb long-range effort, which sealed the nations first ever major tournament trophy.

Swansea fans will be wondering why the match winner couldn’t deliver that kind of form in the English League and perhaps Moyes still regrets signing a striker who could have added some much needed firepower to his old Everton sides.

Despite the Merseyside club missing out on the Euros winner, new manager Ronald Koeman has been lining up a bid for his team-mate William Carvalho.

In other Everton transfer news, manager Ronald Koeman has revealed his masterplan to adding steel to the failing backline.