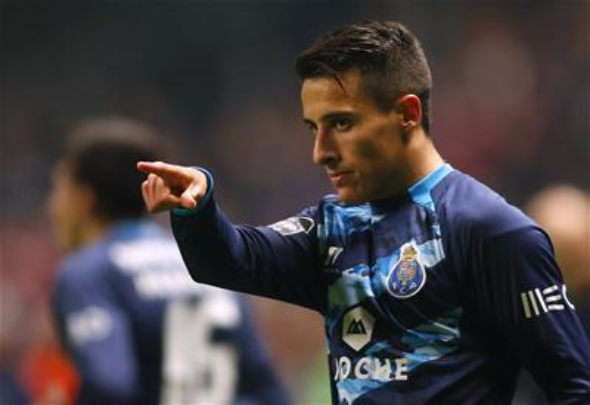 The agent of Barcelona winger Cristian Tello is jetting to London for talks with Tottenham according to a report.

Italian website Calcio Mercato claim that Fiorentina have failed to make the Barcelona winger’s loan move a permanent one despite having a £6million bid accepted.

This has opened the door to Tottenham and Tello’s agent Joseph Maria Orotbig will negotiate with Spurs over a summer transfer.

The former Espanyol speed merchant is keen on a move to Tottenham and could team up with Mauricio Pochettino for a second time after their time together at the La Liga outfit.

Tello spent the second half of last season on loan at Serie A side Fiorentina, making 15 appearances for La Viola and scoring two goals.

Tello, who has two years remaining on his Barcelona contract, had a promising start to his Camp Nou career but but it never fully blossomed into an extended spell in the team for the Spanish champions.

Spurs are looking for Champions League quality after qualifying for only the second time. Tello has made 21 career appearances in the European competition, as well as scoring six goals.

Pochettino has only brought in Victor Wanyama so far, although he is close to securing a deal for AZ Alkmaar striker Vincent Janssen.

In other Tottenham news, Pochettino is also trying to sign this Holland international.