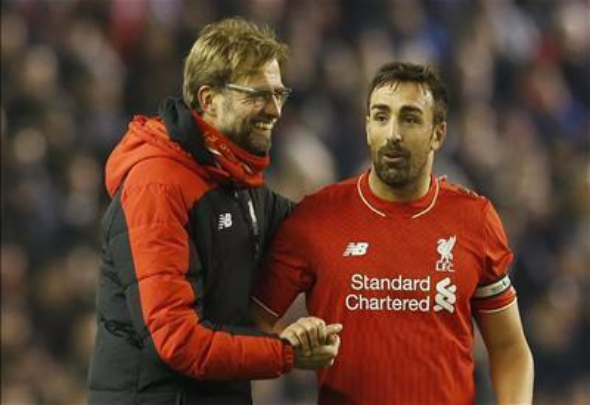 Former Liverpool left-back Jose Enrique is being tracked by West Brom, Crystal Palace and West Ham, according to a report.

The Hammers are reportedly in the market for a left-back, after star-man Aaron Cresswell suffered a serious injury.

The 26-year-old injured his knee in a pre-season friendly against German side Karlsruher. The BBC have reported that the former Ipswich defender is out for up to four months.

Norwich duo Martin Olsson and Robbie Brady have been suggested as potential signings alongside Charlton youngster Morgan Fox, but it is claimed that Slaven Bilic is also considering the Spaniard as a possible new recruit.

The former Spain Under-21 is currently a free agent, after his contract expired with the Reds this summer.

The 30-year-old, who joined the Reds in a £7million fee in 2011, has been blighted by injuries during his five-year stay at the club.

The experienced full-back made 99 appearances for Liverpool, including just three appearances in the FA Cup last season.

In other West Ham transfer news, the Hammers have asked Juventus about the availability of Mario Mandzukic.