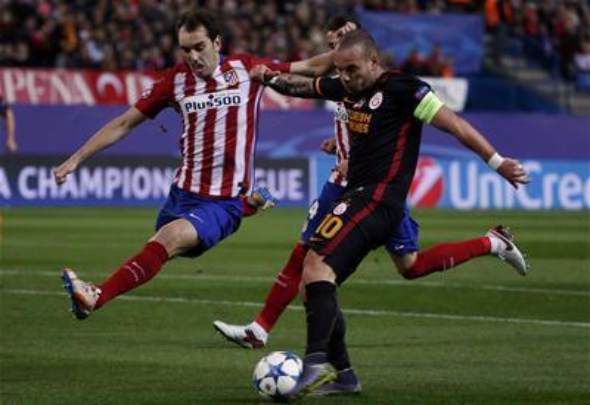 Everton target Wesley Sneijder refuses to be forced out of Galatasaray after incurring a £1.85million fine for picking up 10 yellow cards this season.

But the news of the player being at loggerheads with his club will be regarded as a boost to Everton as they eye a marquee player to lead the Toffees revolution at Goodison Park.

The Daily Mail claim that the Dutch midfielder refuses to pay the fine and his representatives believe it’s an attempt to push the 32-year-old out of the club this summer.

“Galatasaray are trying to bully Wesley out of the club,” his agent, Guido Albers told Dutch Newspaper De Telegraaf.

“Of course, Wesley will not accept his punishment. It is a real shame that such a big club are stooping so low. Our lawyer has gotten in touch with FIFPro and the Turkish union. They are only doing this in an attempt to get a £6.3m transfer fee for him.”

The creative midfielder has just extended his contract with the Turkish giants up until the end of the 2017-18 season in a deal that includes a release clause of £6.3million.

Everton have been monitoring the availability of the former Real Madrid star, 32, as they look to rebuild their faltering squad under new owner Farhad Moshiri and manager Ronald Koeman.

Sneijder scored five goals and provided 10 assists in the 2015-16 season as his side finished a disappointing 6th in the Super Lig table.

In other Everton news, the Toffees are to tell Romelu Lukaku that he is not for sale after the striker reiterated his desire to play Champions League football.