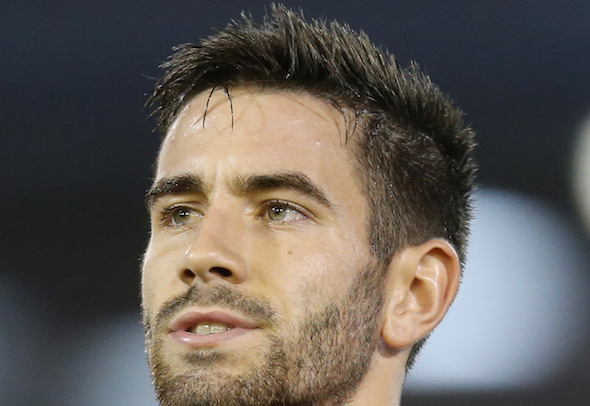 Leeds United are in a three-horse Championship race to sign Portugese defender Frederico Venancio, according to a report.

The print edition of the Sun last Saturday (8 May, Goals pullout, page 15) claimed that Leeds, Reading and Derby County are all interested in signing the Vitoria Setubal captain, 24.

It is said that centre-back Venancio wants to move to England in the summer after rejecting the opportunity to join Greek champions Olympiakos.

Leeds are likely to be in the market for at least one new central defender as they face the prospect of losing Kyle Bartley, whose season-long loan from Swansea is about to expire.

Venancio has considerable pedigree after making two appearances for Portugal at Under-21 level as well as 130 appearances in all competitions for Vitorial Setubal.

Venancio has had a fine season for the Portugese top-flight team, who are 12th in the Primeira Liga.

He has been a mainstay of the side, accumulating 30 appearances in league and cup football and also weighing in with four goals.

Unlike Leeds and Derby, Reading could be able to offer Venancio top-flight football after reaching the Championship play-off semi finals, where they will face Fulham.