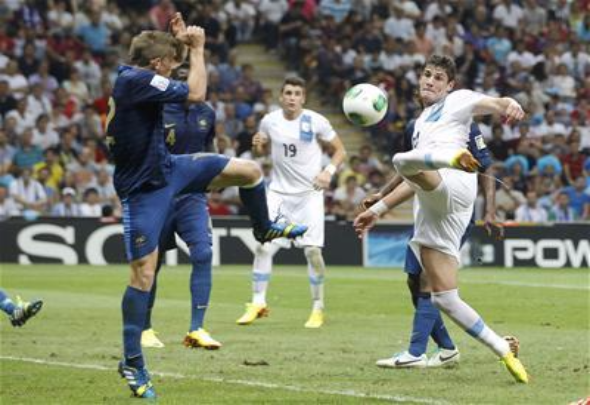 Leeds have reignited their pursuit of Ternana striker Felipe Avenatti despite missing out on him last year, according to a report.

Italian publication Ternana news claim that the Yorkshire giants are continuing to monitor the situation of the Uruguayan a year after they failed to sign him.

There were reports last year that Leeds were set to complete the £3million transfer for the 23-year-old, but nothing materialized.

However, the young prospect is now entering the final year of his contract and he may be picked up for a much smaller fee this window.

The Serie B club have recently brought in a new manager with former Chelsea defender Christian Panucci and it still isn’t clear whether the manager wants to cash in on the forward before it’s too late.

Under the ownership of Massimo Cellino since 2014 Leeds have seen an influx of players based in Italy since Cellino’s involvement and Avenatti could be the next one to come to Yorkshire.

New boss Garry Monk is also looking to bolster his striking options and has already added to it since joining the club with Swedish striker Marcus Antonsson.

The five-time Uruguay Under-20 international played in 37 encounters for the Italian side in all competitions in the recently completed season scoring six goals and providing four assists.