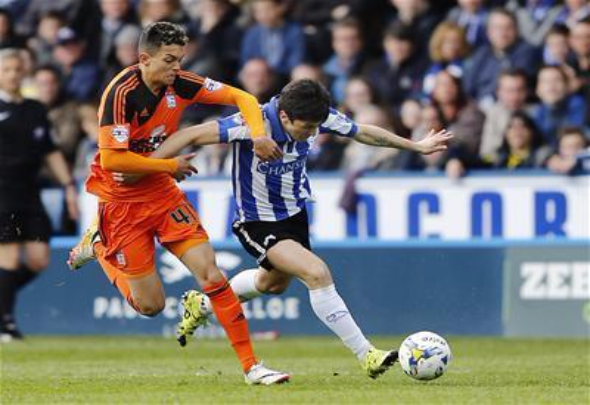 Liverpool are considering a £2million bid for Ipswich teenager Andre Dozzell, according to a report.

The Mirror has claimed that the Merseysiders are keen on the 17-year-old starlet, who interested the Reds in the summer.

The young prospect made his debut for the Tractor Boys in the last campaign coming off of the bench in a Championship fixture against Sheffield Wednesday at the age of 16, bagging his side’s goal in a 1-1 draw.

However, he has made just two senior appearances since, which includes one in the new campaign in the EFL Cup.

Liverpool manager Jurgen Klopp will be keen to bring Europe’s brightest talents to Merseyside as he looks to create a dynasty at the famous club.

The German manager has currently got the side battling at the top of the table alongside Manchester City and Arsenal with the trio all on 23 points after 10 fixtures.

Liverpool have never won the Premier League with their last title coming before it’s formation in 1990.

However, Klopp will be keen to now keep his side at the top of England’s football pyramid following a number of inconsistent seasons which has seen them drop out of Europe altogether.

In other Liverpool transfer news, Reds fans have shown little mercy for Alberto Moreno on Twitter after several reports suggested Jurgen Klopp could look to replace the Spaniard.