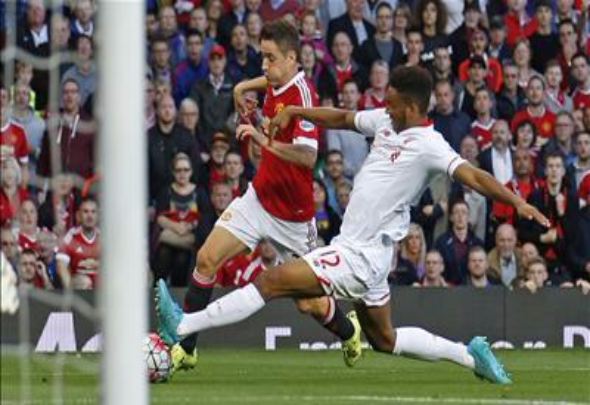 Liverpool defender Joe Gomez is around a month away from returning from injury, according to a report.

Merseyside publication the Liverpool Echo has claimed that the 19-year-old, who suffered an anterior cruciate ligament injury last October, could be close to a return after a year out.

The youngster picked up the injury in his right knee while playing for the England Under-21 side.

It is said that he was close to returning to full training in mid-July, but he received another major setback after being diagnosed with tendinopathy in his Achilles.

The youngster has been having extensive treatment since and it is reported that the hope is that Gomez will finally resume training in mid to late October.

Gomez hasn’t made a competitive appearance for the Reds since a Europa League tie against Swiss side FC Sion last October, in which Liverpool drew 1-1.

However, it is said that Jurgen Klopp values the defender highly and that is a reason why the German manager only brought in defensive duo Joel Matip and Ragnar Klavan in the summer.

Versatile defender Gomez moved to Anfield in a £3.5million deal from Charlton in the summer of 2015.

The youngster has featured in seven encounters for the Reds, while also representing England at Under-21 level three times.

In other Liverpool team news, Klopp has quipped that Adam Lallana is a “nice guy” who is better at football than his other neighbours.